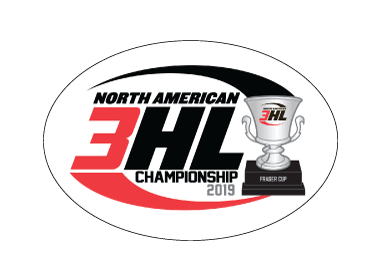 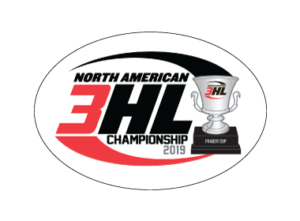 The North American 3 Hockey League (NA3HL) has announced the schedule for the second round of the 2019 NA3HL Fraser Cup Playoffs, which take place this weekend with the best of three Divisional Finals Series. The Fraser Cup crowns the National playoff champion from the NA3HL.

The two Clubs in each division that won a division semi-final series shall compete in a best-of-three series against each other. Clubs shall cooperate to schedule division final series competition. The higher seeded club shall have the right to host two of the three games. Teams may agree to an alternate arrangement upon mutual agreement. The first Club to win two games in a division final series will be declared the winner of the series and advance to the Fraser Cup Championship Tournament.

Fraser Cup Championship Tournament
The six divisional playoff champions will advance to the NA3HL Fraser Cup Championship Tournament, where they will play a two- game round-robin format followed by a semi-final and a championship game at Seven Bridges Ice Arena in Woodridge, Illinois, from March 27-31. The six divisional playoff winners will be seeded 1-6 based on their regular season point totals. A round-robin format with two pools will be implemented, with the top two teams in each pool advancing to the Semi-Finals, where they will then cross over to play the other top two teams from the other pool. The winners of the Semi-Finals will advance to the Fraser Cup Championship Game.

The Fraser Cup is named in the memory of Robert ‘Fraser’ Ritchie, a long-time staff member of the NAHL, NA3HL and NAPHL. On June 10, 2017, Ritchie passed away after a long and courageous battle with cancer. Although Ritchie ultimately lost his battle with the disease, his influence and daily interactions with all of the owners, coaches, staff, volunteers and administrators in the NAHL, NA3HL and NAPHL, will never be forgotten, and are now and forever memorialized with the annual awarding of the Fraser Cup.