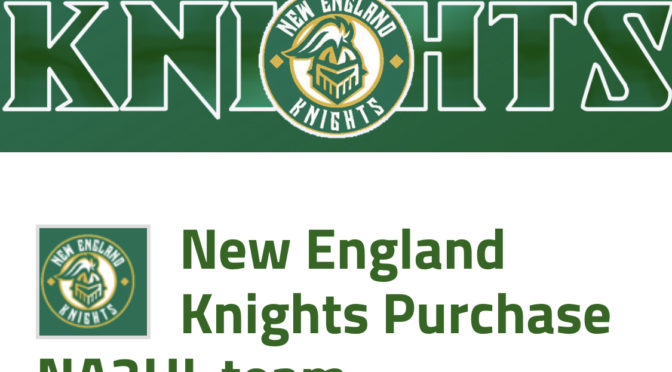 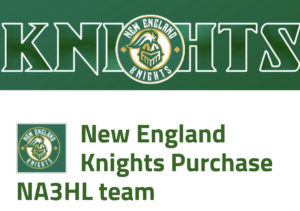 The Oswego Stampede have been purchased by Lovell Hockey and will relocate to the Boston, MA. area effective immediately.

The Stampede have been a very successful organization the past eight seasons with an overall record of 193-141-20. The Stampede program has also been very successful in helping move their players onto the college level. With over 35 players moving on over the past eight years including (1) NCAA D-1 and (16) NCAA D-3 commitments. “Our goal has always been to help to develop and move our players onto higher levels of play with a huge emphasis on College.” States Stampede Coach Mike Beavis.

The decision to sell the franchise was one that was well thought out by the management of the Stampede. “Over the past few seasons I was looking to move out of the ownership level of hockey as it was at times a very stressful and time consuming position. We had tried to form a relationship with an NAHL program to better help our players and the opportunity came about this season to make the transition which I felt was in the best interest of the organization our players and the Eastern division of the NA3HL.” added Beavis

Beavis went onto say that over the past couple years he has entertained the possible sale of his program but needed to find the right fit and guy’s to take over. “The Lovell’s are hockey guy’s as well as business people. Their organization is huge in New England and I know that we have moved ourselves to a much better place for the program to grow and help it’s players. I feel very comfortable with my decision to sell my franchise and let it go to the next level.” states Beavis.

The following is the press release from the New England Knights:

Lovell Hockey’s New England Knights are excited to announce the purchase of the Oswego Stampede of the North American 3 Hockey League (NA3HL). The Knights will relocate the Stampede to the Raynham IcePlex in Raynham, MA. The Knights will join the NA3HL for the 2019-2020 season.

Entering its tenth season in 2019-20, the North American 3 Hockey League (NA3HL), one of two USA Hockey-sanctioned Tier III Junior leagues, serves as one of the top training grounds in the country by providing the best coaching, exposure and developmental vehicles available for student-athletes in its classification.

The New England Knights will be a direct affiliate to the Northeast Generals of the NAHL.

“We are extremely excited to have added a team in the NA3HL. We think the league has proven to be a great stepping stone for aspiring College hockey players. We firmly believe in the NA3HL and their proven ladder of development. The main reason why we decided to purchase a team in the NA3 is because of their incredible track record of promoting players, amazing showcases and the direct path to college and the NAHL. And with the Northeast Generals as our NAHL affiliate right down the street we think we will be able to help push players on a great development path.” Said Knights Owner Tim Lovell.

The primary mission of the NA3HL, which is managed organizationally by the NAHL, is to provide a structured developmental environment for student-athletes whose youth options are limited but are still reaching their potential and have aspirations of playing in the NAHL or United States Hockey League (USHL) and eventually the NCAA or American Collegiate Hockey Association (ACHA).

Through the NAHL’s vast resources for development and exposure, the creation of the NA3HL provides another worthy path for players to grow, on and off the ice, while being showcased in front of the entire junior, college and professional scouting community. It also allows the NAHL and NA3HL to work with USA Hockey’s youth affiliates regarding junior-youth conflicts of same-age players.

Bryan Erikson owner and General Manager of the Northeast Generals said “We are excited that the NA3HL keeps adding high quality owners that will continue to push the league to new heights. The affiliation between Lovell Hockey and the Generals has always been strong and this will help continue it’s growth.”

The New England Knights will be launching their website soon at http://www.nejrknights.com. The front office of the Knights NA3HL team will be as follows:

The Stampede Staff will be at the NAHL Combine in Attleboro, MA. This weekend helping the NAHL as well as doing some promoting for the Knights and the NA3HL. Coach Beavis and his staff would like to wish Lovell Hockey and the New England Knights all the best as well as to thank North East Generals GM Bryan Erikson for his help with this transaction. Former Stampede owner Mike Beavis would also like to extend his thanks to Mark Frankenfeld and the entire staff of the NA3HL for their support and continued development of the NA3HL.

“I would like to thank all of our players and families over the past eight great seasons as well as my past and present staff for all your dedication and support. Thank you for eight of the greatest years of my life. I have formed so many relationships along the way and will hopefully continue to be involved at this level in the near future as I am only ready to move on from the ownership role but would like to find a place where I can still make a difference and continue to help junior hockey as well as it’s players.” Added Beavis

“Thank You all and best of luck to the Knights”…. Mike Beavis

The Stampede will be in contact with it’s eligible returning players beginning next week and will help them with the transition and introduction to their new team and ownership group.

A presentation to and final approval by the USA Hockey Junior Council is expected by June 7th.